Acupuncture is just one modality of Eastern Medicine, which also includes physical or external therapies, such as massage and cupping; internal therapies, such as herbal medicine; and exercise, such as Tai Chi. At Middle Path Acupuncture and Oriental Medicine, we offer a variety of these ancient medical treatments to promote both health and harmony in your life. Give us a call today to discuss the treatment options shown below. 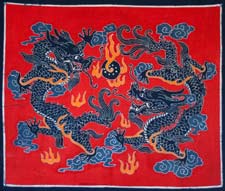